From Turmi to Omorate is about an hour drive over very good tarmac. A blasé government official in an indifferent office checked our passports and registered the details in a logbook, as this is the last town before the Kenyan border. I wonder if anyone ever checks this data since the blasé official, like so many other blasé officials I have met in developing countries used a special kind of handwriting that makes modern computer-based encryption methods parochial.

We descended the left bank of the Omo river and jumped on a wooden pirogue with our Wegderes and a local guide. The river current is rather strong, so the pirogue driver had to raw intensely upstream until the middle of the distance across the river and then follow the stream to the other bank.

Rate is a small Dassanach (or Daasanech) village, just 5 minutes walk from the river bank. As usual, people were expecting us.

The village looks very different from the Hammer or Karo villages. The huts have a skeleton made of tree branches overlaid by tin metal sheets. I find this quite strange as it can get quite hot and tin is not exactly the best insulator. Then again, nobody is using the huts during day time. Garach, the chief, said that there are about 200 people living in the village but I could count more than 30 small round huts, about 3m in circumference and 1m high. You do the math.

Here is some information I collected about the Daasanach people from the web:

“The Daasanach are traditionally pastoralists, but in recent years have become primarily agropastoral. Having lost the majority of their lands over the past fifty years or so, primarily as a result from being excluded from their traditional Kenyan lands, they have suffered a massive decrease in the numbers of cattle, goats and sheep.

As a result, large numbers of them have moved to areas closer to the Omo River, where they attempt to grow enough crops to survive.” [source: wikipedia]

“Unlike the lush green hills of the Suri and Hamar, the lands of the 20,000-strong Dassanech are semi-arid. They live where the Omo River delta enters Lake Turkana – their name means ‘People of the Delta’. Despite the lake and delta, this is an incredibly dry region: there is nothing but desert to the west and southwest, daytime temperatures hover round 35 degrees centigrade, and malarial mosquitoes add to the discomfort. The Dassanech survive in this environment by cultivating crops when the rains arrive and the Omo river floods. They also manage their cattle herds well, slaughtering the older ones in the dry season, when grazing is limited, and the meat is most needed. But in this dry land, survival is precarious.

When Dassanech people lose their cattle to disease, drought or a raid by a neighbouring tribe, they are unable to sustain their usual way of life. Instead, they become the Dies, or ‘poor people’ and turn for their livelihood to Lake Turkana, where they fish and hunt crocodile and even occasionally hippopotamus.” [source: bbc.co.uk]

Daasanach Mother and Baby
A young Daasanach woman with her baby.

“Like many pastoral peoples throughout this region of Africa, the Daasanach are a highly egalitarian society, with a social system involving age sets and clan lineages – both of which involve strong reciprocity relations.”  [source: wikipedia]

Chief Garach, a man with two wives and ten kids, probably in his fifties, invited me to enter his hut. Entering the small hut was pretty challenging as I had to crawl through the tiny 50x50cm entrance. There isn’t much to see in the hut. The ground was covered with animal skins and paper sheets. There wasn’t any form of mattress or other furniture, so I guess that members of the family just crawl in and sleep on the ground.

The Chief
The Chief of Rate.

The women had all gathered in the open area, many holding their babies and made themselves available for pictures. As in any other village in the lower Omo valley, it is extremely difficult to communicate with the village people and retrieve information on how they live, so one has to rely on the guide, who most of the time has very limited command of the English language.

Daasanach Woman
A Daasanach woman with hair ornaments made of bottle caps.

Anyways, the women seemed very friendly and ready to receive a compliment or a joke. Daasanach women are very good in transforming western litter like used bottle caps to jewllery. We spent about half an hour wandering aroud the village and taking pictures before we went to the pirogue to cross back to Omorate.

The Chief
The Chief of Rate.

The local market in Omorate was rather small, as this was the secondary market day. Dassanach women are the only ones in the valley that carry loads on their heads like in so many other places in Africa. The market was rather small but quite lively. We met a young guy who spoke good English and was willing to show us around in exchange for some birrs. It made all the difference since he went into details about the goods on sale, the life in Omorate and even his aspirations on earning his living from tourism.

The Pharmacy
The pharmacy in Omorate.

Omorate Market
A woman in the Omorate market pushing a cart with her shopping.

We returned to Turmi for lunch and continued north, to Alduba, where the weekly market takes place. The market is mainly visited mainly by Bana and a smaller number of Hamers. Banas are closely related to Hamers and believed to have originated from them. They dress and style their hair in a similar way, although they seem a bit more polished by western standards. Most of the women had their breasts covered and almost everybody wore shoes. By shoes, I mean the used car-tire soles tied with leather straps.

This was probably the most lively market we visited in the valley. It was late afternoon and a light rain was pouring, but this did not stop us from spending almost an hour and a half wandering around. Esho, a young Bana served as our guide in the market. He was happy to show us around, not so much for the 100 birrs he would get but more to interact and practice his English.

Bana People
Banas in the weekly market in Alduba.

By late afternoon most of the people were gathering in groups and sipping sorghum alcohol from calabash pots. It took me a while to realize that the helmets some women were wearing in their heads were actually calabashes for the beer drinking.

Bana People
Banas in the market in Alduba.
Getting Drunk
A Bana drinking the sorghum alcoholic beverage.

Women were chatting and smiling, a couple of friends that had not met for a while engaged into a ritual fight that caused many laughs, young men were flirting. The ambience was good and people were getting high. It would go on like that until the evening.

Bana Woman
A Bana woman in the market in Alduba.

Woman in Alduba
A young woman in the Alduba market, selling food.

Bana Woman
A Bana in the Alduba market.

Bana Woman
A Bana in the Alduba market.

Reuniting
Two Bana friends meeting in the market in Alduba. They engaged into a mock fight to have fun.

Chatting
women chatting in the Alduba market. Their hairstyle is typical of the Bana and Hamer tribes.

Warrior
Bana with a riffle on hs back, walking among the crowds in the Alduba market.

Getting Drunk
Banas drinking the local alcoholic beverage. By afternoon everyone is going to get high at the market place.

Heavy Loads
Women of the valley tribes are used to carry heavy loads on their backs.

Counting
A Bana counting money from the proceeds of a trade in the Alduba market. The handicraft between his legs is used as a stool or pillow by the men of the valley tribes.

Bulky
A Bana carrying a bulky load. Bana women are trained since their early youth to carry big loads on their backs.

Bana Women at the Market
A couple of Banas in Alduba, during market day. They wear around their body the - typical for Banas - goat skin, decorated with shells.

Cool
A young Bana in Alduba, wearing the very popular plastic sun glasses on his head.

We drove further north to Jinka, the main town in the valley that is inhabited by Aris and would serve as our base for visiting the Mursis. Jinka looks more like a town than everything else we saw in the lower Omo valley. We checked-in the Omo Eco Lodge, a quite nice lodge with 20 large safari tents sitting on wooden platforms. Reviews were very good with one downside: the nearby Christian Orthodox church and its loudspeakers. We were about to learn that the mass starts very early in Ethiopia.

Next: Mursi and Ari 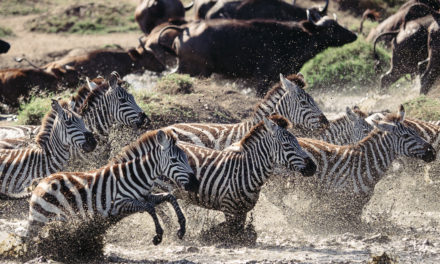 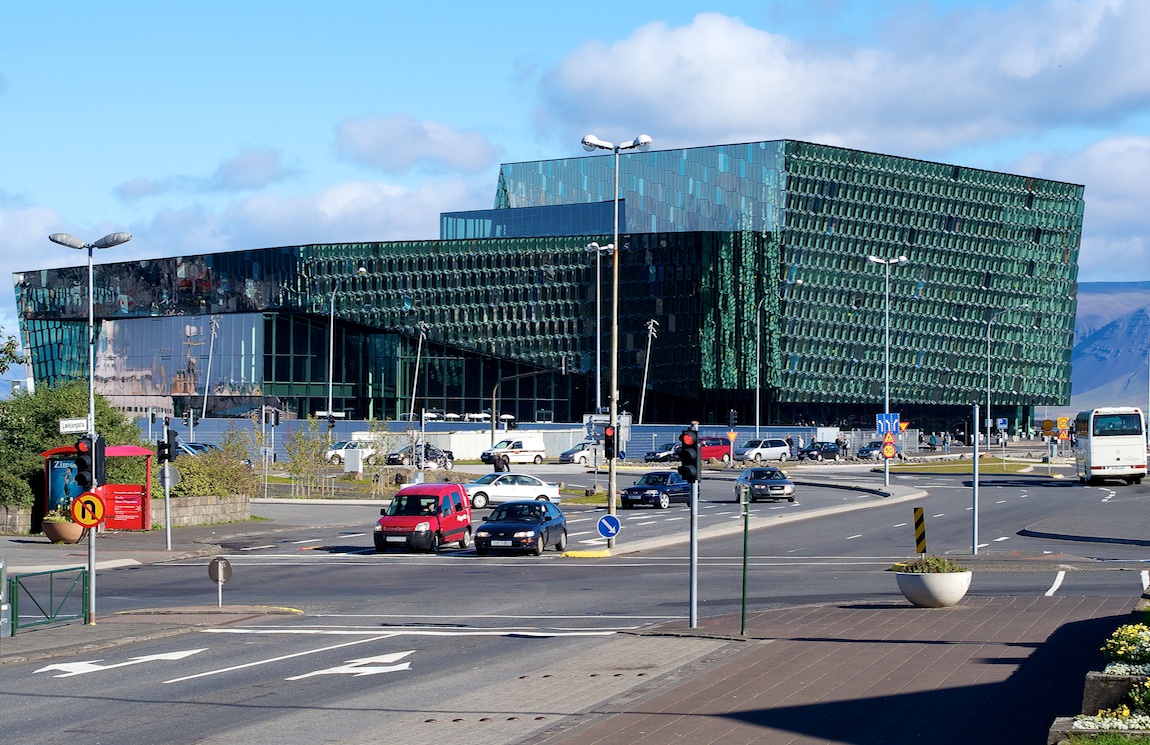 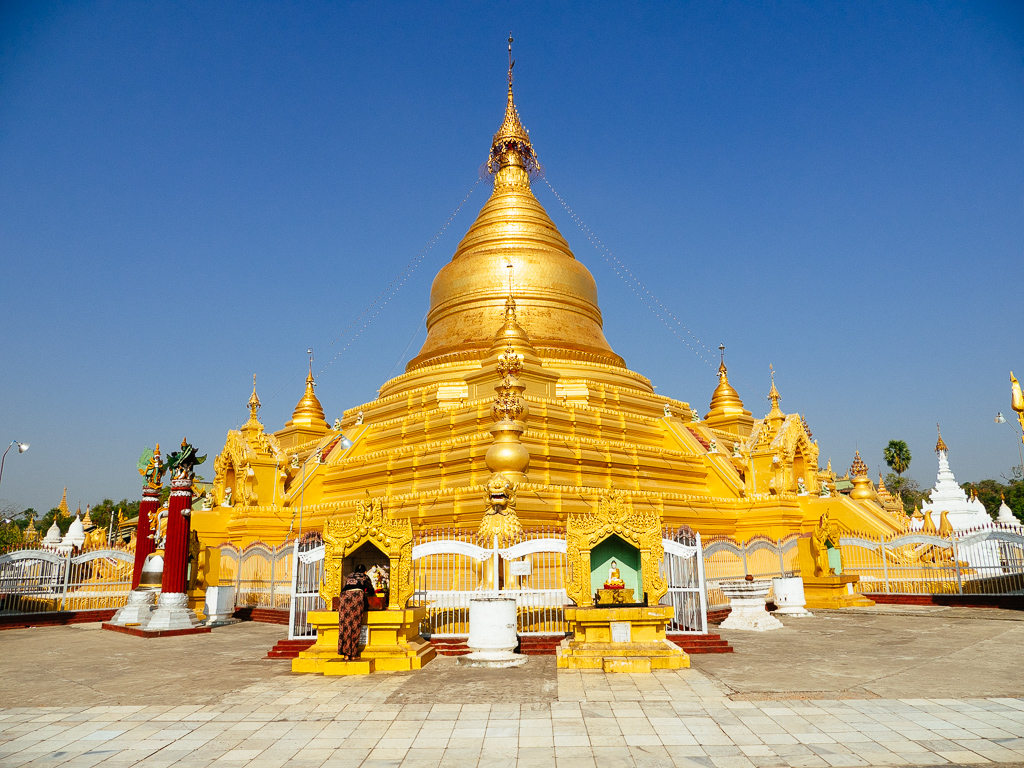 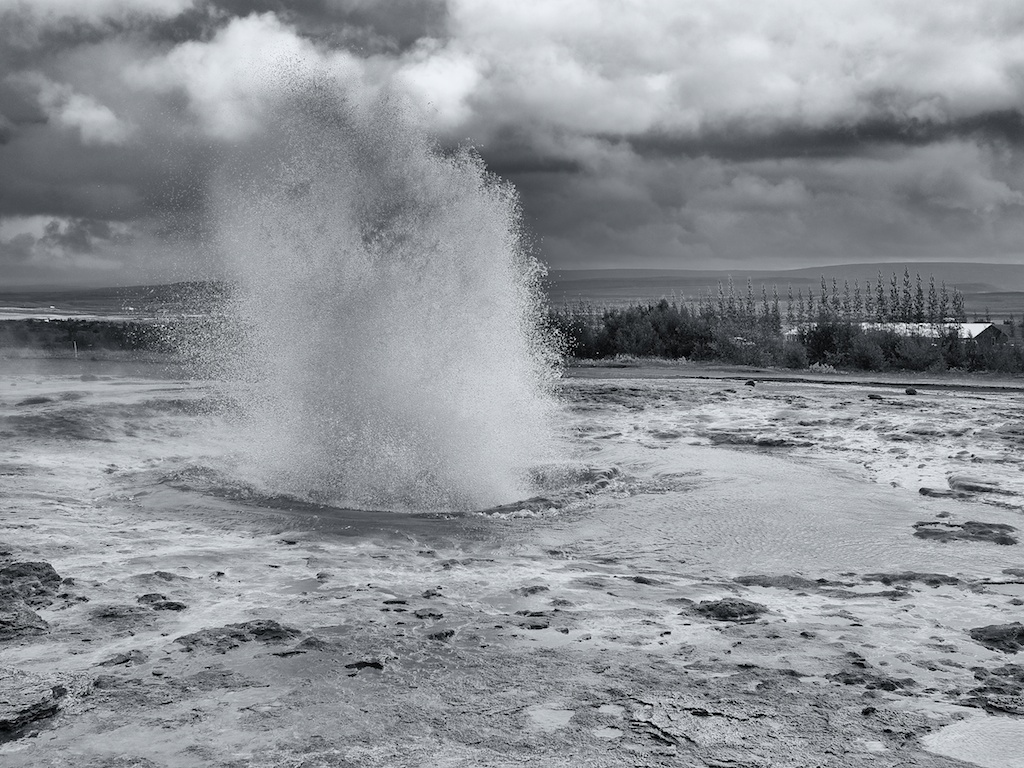