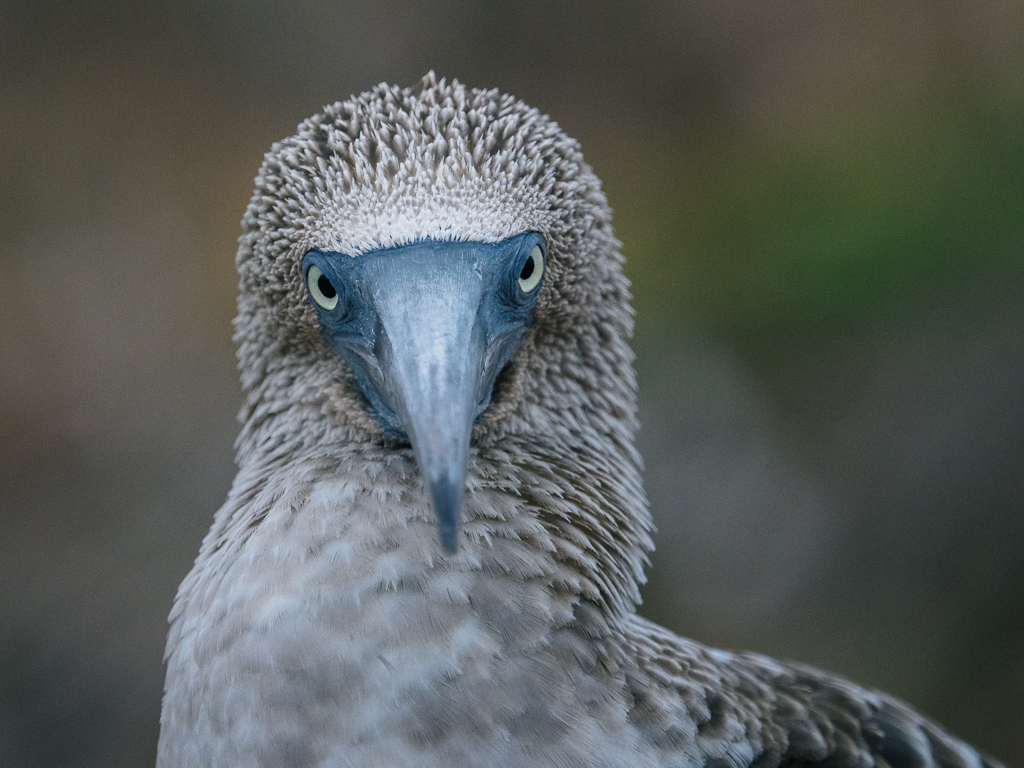 Originally, we did not intend to include Galápagos in the itinerary to save some time and money. Then, fortunately, I changed my mind. The Galápagos was going in and out of the bucket list for quite sometime and since I did not go the during my first visit to Ecuador,  22 years ago, it would be a pity to miss it again.

The Galápagos is a very special place as Charles Darwin made science history there, when he conceived his theory On the Evolution of the Species during the legendary Beagle trip in the 19th century. It is an Archipelago of more than 20 volcanic islands, 900 km west of the Ecuador mainland. The isolation of the islands from the mainland and from each other, together with the diverse micro-climatic conditions, accelerated the evolutionary process and allowed for the formation of many indigenous species and subspecies of fauna and flora.

The best way to visit the Galápagos is to book a cruise. The two hour long flight from Quito landed in Baltra and after clearing immigration – yes, I got a stamp on my passport – we  boarded the Archipel I, a small size motorized catamaran that would host us for the next four days together with five more guests. Our itinerary included Baltra, North Seymour, Genovesa Bartolome, Santiago and back to Santa Cruz. The idea is to go on walking tours and snorkeling during the day and spend the night navigating between the islands. Our naturalist guide warned us to always stay on the path, to not pick anything from the islands and never approach the wildlife closer than three meters. 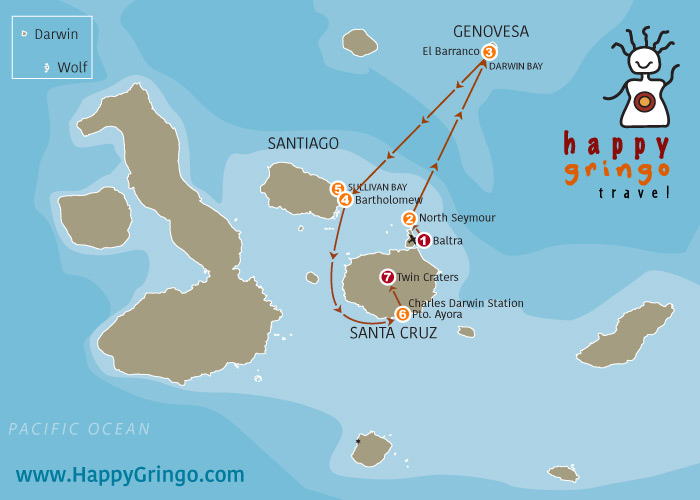 Snorkeling in the Galápagos is great. I had the best snorkeling of my life, beating my personal best, which was in the Maldives. The water is almost as blue and clear, but a bit cooler – in November, the temperature is usually around 20ºC – and the schools of fish are as dense and impressive. But only in Galápagos you can swim with sea lions, turtles or penguins.

I went snorkeling four times on the shores of North Seymour, Genovese and Bartolome and each time was better than the previous one. Unfortunately I missed one, as I suffered my usual 24-hour gastroenteritis and had to stay aboard the Archipel with high temperature.

The most common fish here is the Yellowtail surgeonfish, found in big schools and fearless of snorkelers. Then you meet with the occasional Mexican Hogfish, Parrotfish and Bumphead Parrotfish, Hawkfish, Rainbow Wrasse, Pufferfish that can blow to ridiculous sizes, small schools of King Angelfish and Sergeant Majors and huge schools of Salema fish.

Sea Lion
A playful sea lion in the shallow waters of Isla Genovesa, in the Galapagos.

Yellowtail Surgeonfish
Yellowtail surgeonfish in the waters of North Seymour.

Sea turtle
A sea turtle swimming in the waters of Isla Bartolome.

Parrotfish
A Parrotfish in the shallows of Genovesa island.

Angel Kingfish
An Angel Kingfhish, up close and personal.

Pufferfish
A Galapagos pufferfish in a relaxed state. They can swell to amazing proportions.

Star Fish
A colorful star fish in the seabed of Isla Bartolome.

Parrotfish
Another parrotfish in Isla Bartolome.

The real fun starts when sea lions come to swim near. It is difficult not to touch them as they do not feel threatened and seem to enjoy the human interaction. An equally amazing experience is the encounter with sea turtles. I saw a pair that was really cool being close to us and they even let us ride them, by holding their shell. I also spotted a Galapagos shark, about 2m long, on the seabed – I had to dive to get really close to him – and a penguin crossing my path at torpedo speed.

I personally cannot not find a reason for visiting the Galápagos, if you have no interest in wildlife. Due to the lack of natural predators, the wildlife in the Galápagos is extremely tame. Birds, lizards and mammals will not only stand on their ground when you approach but many times they will take the initiative to approach and investigate. Such was the case with a curious red fotted bobby that plunged on Efie’s neck while being in the zodiac and started picking on her ear. It did stayed there for five minutes until it felt bored.

There is a rule of three meters, but it is practically impossible to keep it. Especially when walking and looking through the camera viewfinder, it is really difficult to avoid the birds or sea lions. At times, I had the feeling that these guys were my pets.

Highlights: The feet of the blue and red boobies and their faces when they look straight in the eyes. The red sack of the Magnificent frigatebird. The time we caught a couple of frigatebirds mating in North Seymour. The baby sea lion chasing our group. The rare spotting of a short eared owl in North Seymour. The penguin on the rocks of the Bartolomé island.

The land iguanas are smaller than I expected – about one meter long – but their coloration is wonderful. Marine Iguanas are less impressive, black and about 60-90cm long.

Red Footed Booby
A red footed boody sitting on a branch in Genovesa.

Right
A Nzaca booby sitting on a sign in Genovesa.

Lonely Penguin
A lonely Galapagos Penguin on the shore of Isla Bartolome.

Nazca Booby
An adult Nazca booby with its yellow beak, in Genovesa.

Nazca Booby
A nazca booby in low flight over Genovesa.

Lava Lizard
A lava lizard on the black volcanoc sand of Bartolome island.

Orca
An orca in the Galapagos waters.

The Galápagos are volcanic islands and this usually means black rocky landscape and black beaches. Walking on the volcanic basaltic soil can be challenging at times, especially when wet. The highlight of the sightings was the postcard view from the top of the hill in Isla Bartolomé and the nearby red sand beach. It is one of the most pristine beaches I laid my feet on, especially since we were the first group of the day to visit and the sand was untouched.

Cacti
A bunch of colorful cacti in Genovesa. 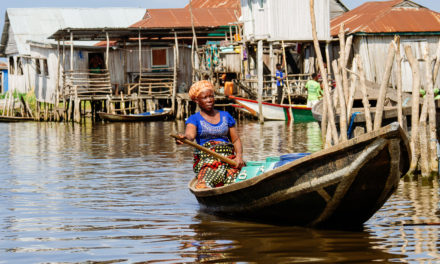 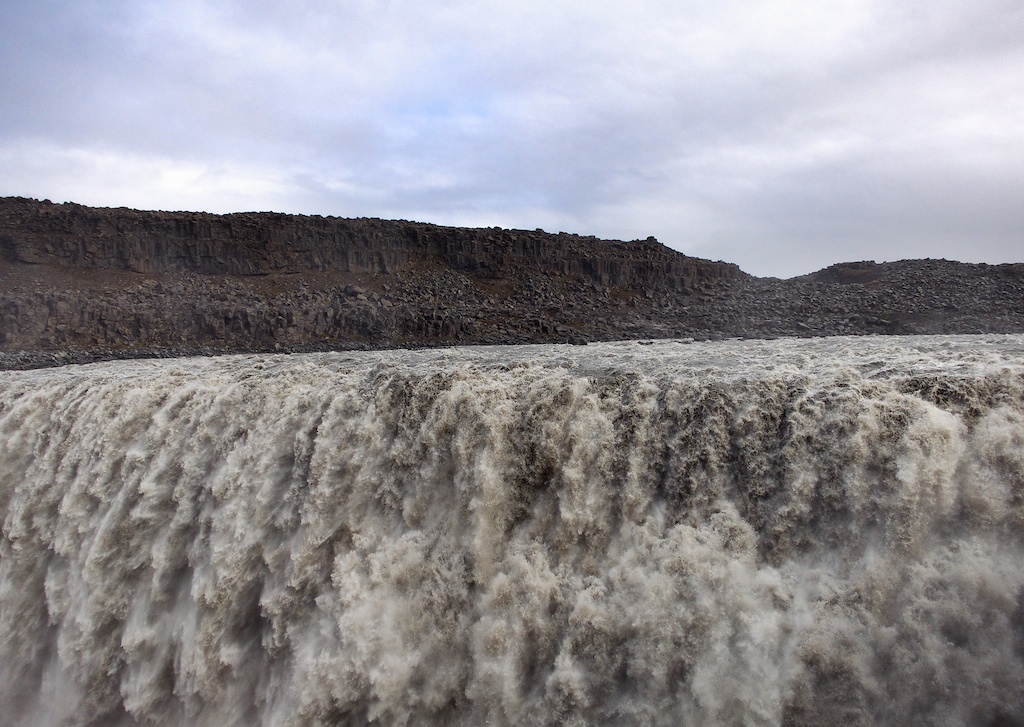 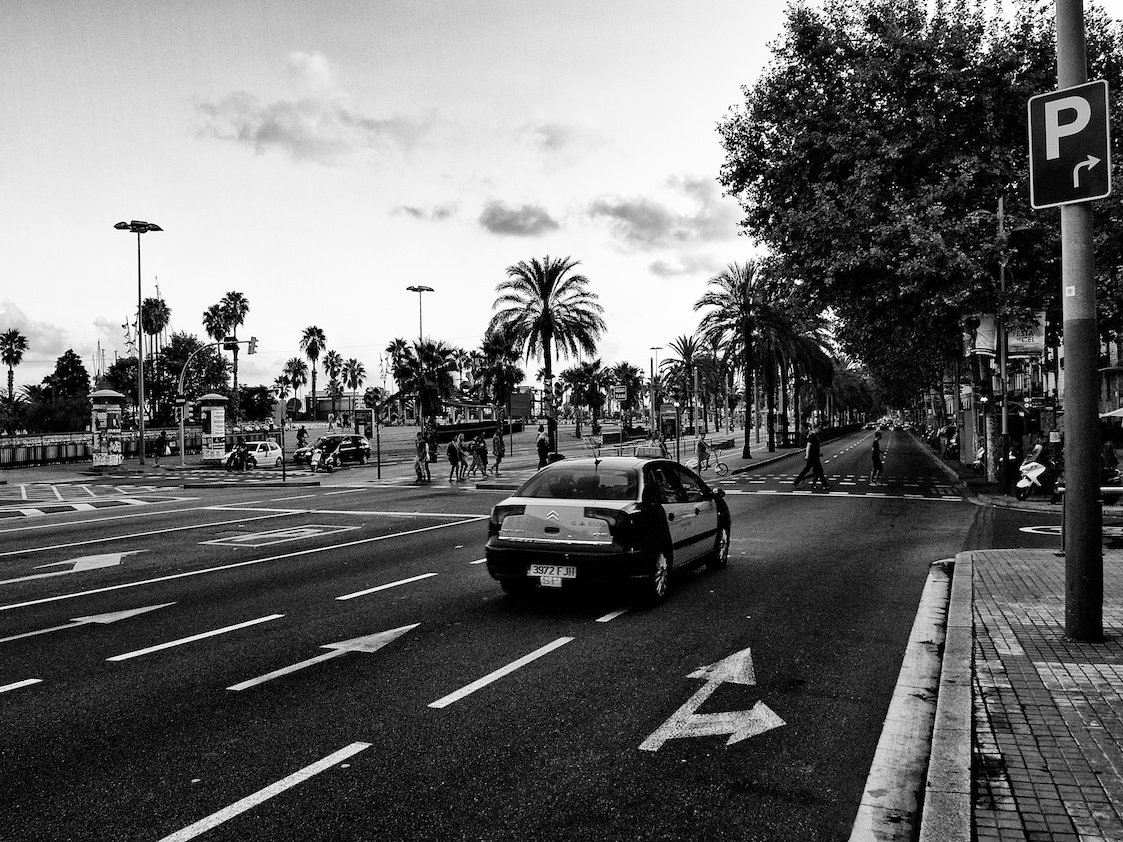