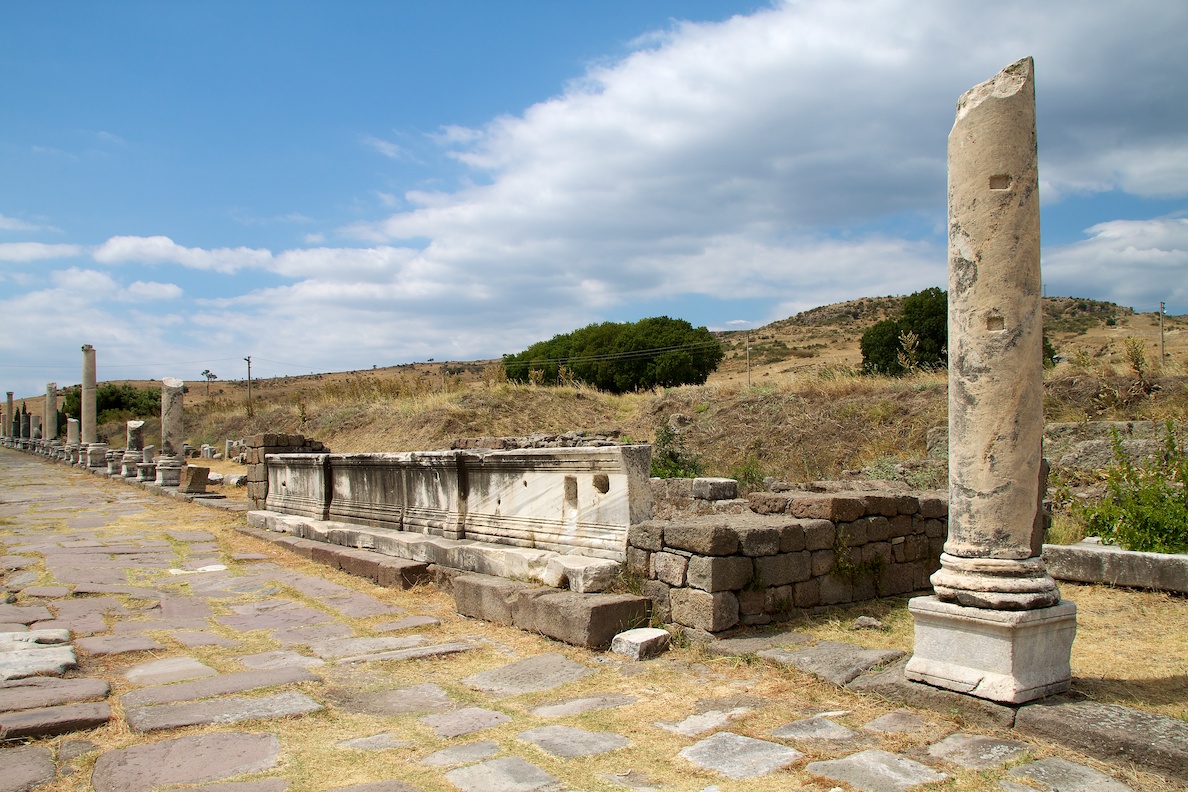 Izmir, with all its antithesis, was the perfect hub for our mini tour in Ionia. The region holds a special significance to Greece, mainly due to the fact of what is called “the Minor Asia Disaster”, the persecution of the Greek population in 1922. Although opinions differ, it seems likely that the Greek population in the the city of Smyrna (referred by Otomans, as the Infidel Smyrna) was about 150’000, of a total of 400’000.

Today, we scheduled a visit in Pergamos (Bergama or Pergamum) and Ayvalik. The road to Pergamos took us through the northern outskirts of Izmir, characterized by mass housing projects to accomodate the ever increasing metropolitan population. A pleasant two hours drive brought us to the Asklepion, the most famous medical center of the ancient world, named after the Greek healing god Asclepios. The ambiance spells a certain magic and although we were not able to book a guide, it was worth the visit. I was particularly impressed by the God’s tunnel, a narrow underground corridor with 12 overhead windows, one for each of the major Gods. It was designed for the treatment of mental patiens that received the grace of each God when passing under the light of the windows.

The Gods Tunnel
Patients were guided through the 12 overhead openings, each corresponding to one of the Olympian gods, to receive their grace and cure.

Unfortunately we did not have any time to visit the main archaeological site of the Acropolis of Pergamos.

One hour away is Ayvalik, a beautiful town with a charming port and old style shops and cafes. The Greek neighborhood which was not overtaken after the evacuation of the Greek population is probably the highlight of the town. It is beautiful and colorful but at the same time, abandoned and deteriorating. Here time here seems to pass slower, a reminiscent of the Ottoman Empire era.

House in Ayvalik
House in Aivalik

We returned to Izmir to enjoy an excellent fish dinner on the sea front.

Today we visited Ephesus, this major ancient Greek and later Roman city, home of the famous Temple of Artemis. Much to my disappointment, there is nothing preserved from this temple, but the site is nevertheless a must visit. Besides the 24’000 capacity Theater, probably the largest in the ancient world, I admired the wonderful Library of Celcius. On the way from the theater to the libray there is a marble stone with the oldest preserved advertisement. It pictures a foot, a cross, a purse full of coins and a woman on the right of the foot. Supposedly it reads: “If you have money, walk to the first crossroad and turn right to find women”!

Sirince is a small picturesque village on the mountains close to Ephesus. We visited interesting bazaar and enjoyed a great lunch of Turkisj meze under mulberry trees.

Today, we took the way back to Cesme and Chios. We stopped in Iskele, a beautiful fishing village for turkish some coffee and ice cream.

Last stop was in Alacite, a village once populated by Greek builders brought from the mainland. We had lunch in Marianna’s Garden, a Greek restaurant with excellent cuisine. Marianna, who lives in Istanbul and speaks perfect Greek seems to be a well known TV persona with her own cooking program on Turkish TV. What I will remember most is when the I was stopped by an eighty something elder who asked me whether I was Greek. He spoke perfect Greek but with a funny accent that turned out to be Cretan. His family was Muslim living in Crete and was brought here with the population exchange in 1923. He bought me a cup of tea and told me his story in perfect Greek. He was born here but his mother tongue is Greek and he enjoys talking to Greeks whenever he gets the chance. The Balkans is the theater of tragedies and uprooting.

Back to Chios to spend the last day of this beautiful and eye opening trip before we returned to Athens. 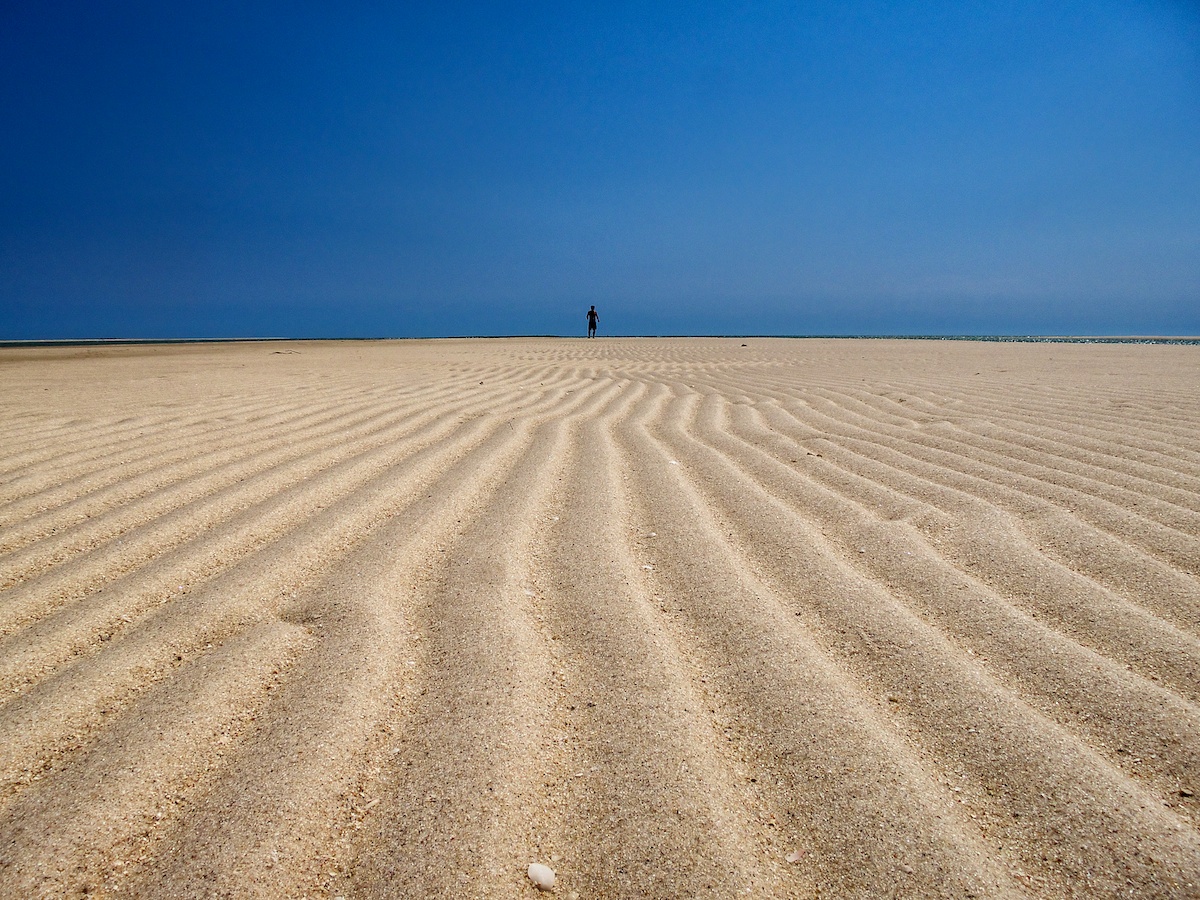 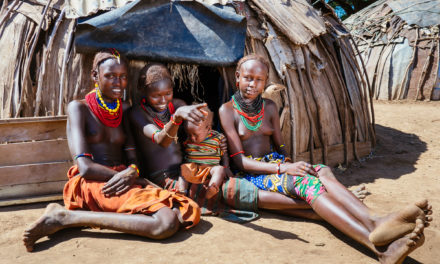 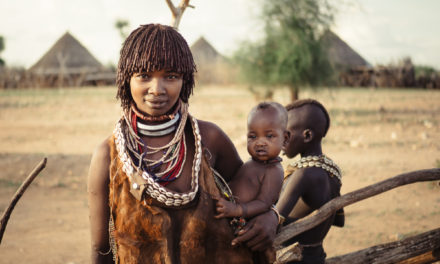 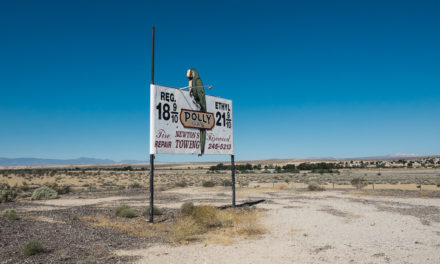